Winter in Toronto is in its full spectrum.  While we are patiently waiting for the new 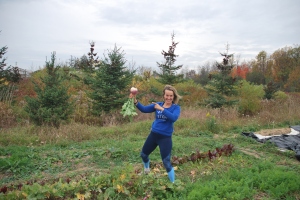 growing season to start, we wanted to share another article emphasizing the benefits of one of the underestimated organic vegetables we grew last season – TURNIP.

By reading this article you will be able to learn about:

Turnips have been cultivated since the time of Alexander the Great. However, we only ate turnips for first time this year.

We knew about its existence only through this funny tale turned into a cartoon from our childhood, about grandpa who could not pull out the grown turnip from the ground.

In order to get the turnip out of the soil, he asked the grandma, and then the granddaughter and eventually the dog, the cat and the mouse to help to pull out this turnip. . . and they succeeded. Oh what a story 🙂 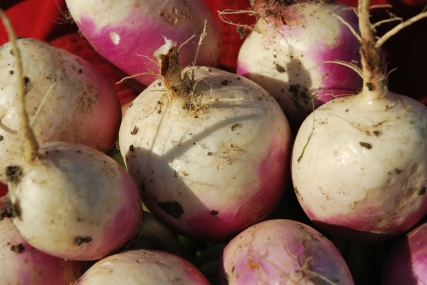 Origin & History – Turnips grow wild in Siberia and have been eaten since prehistoric times. Turnip can be considered of one of the oldest cultivated vegetables.  The turnip is thought to have originated in northern Europe about 2000 B.C. from a variety of bird rape weed (wild weed that is not considered edible nowadays). Selection and breeding have produced many different varieties of turnip.

Cruciferous or Brassica vegetables are so named because they come from plants in the family known to botanists and biologists as Cruciferae or alternately, Brassicaceae. 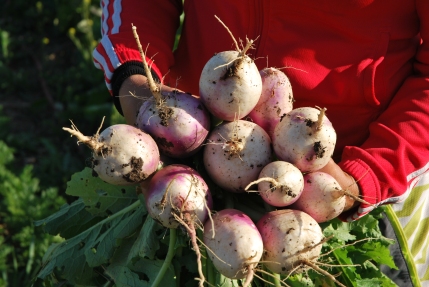 Before the spread of potatoes, the highly nutritious turnip was among the most important staple foods for man and animals. In Britain in early 18th century Charles Townshend, 2nd Viscount Townshend,  known as “Turnip Townshend” introduced turnips  as an animal feed for winter.  This opened a new chapter in the agricultural system where animals no longer were needed to be slaughtered in the autumn.  This contributed to the England’s “Agricultural Revolution.”

Turnips are the “starch” vegetable, that means that they are composed primarily of carbohydrates, however; are three times LESS in calories than the potatoes.

Nutritional value. Please note that turnips have so many beneficial properties that it would be hard to cover it in a short article like this one. Let’s rather concentrate on a few that spoke to us the most.

Turnip greens provide larger amounts of these vitamins and minerals and are especially rich in folic acid. This vitamin is essential for the normal growth and maintenance of all cells.

And can you believe how many people discard the turnip greens rather than consuming them? Yes, we are guilty as charged. Before discovering the benefits that turnip greens have, we composted them on the farm.

Kind of Turnips we grow

We only grew one kind this season. This was our first time growing it and eating it as well. We picked Purple Top White Globe, as it is the most popular.

We learned something amazing about growing turnips:

Interesting fact is that Turnip is usually the first vegetables to suffer from boron deficiencies. The core of your turnip will develop grayish-brown areas that will eventually rot and stink. Our turnips’ insides were snow white; that indicates that our soil was not boron deficient.

How to Eat Turnips

We eat them raw; they taste like much milder version of the radish, slicing them nicely into the rings making it easy and handy snack.

We learned from other people that the turnips are known as roasted or cooked. Often we are the first one to introduce others to raw turnip. People are so used to roasted and cooked turnips that they don’t even know they are perfectly edible and full of nutrients eaten RAW.

In our case, because we never ate them before, we started eating them raw and that’s how we plan to enjoying them – RAW. 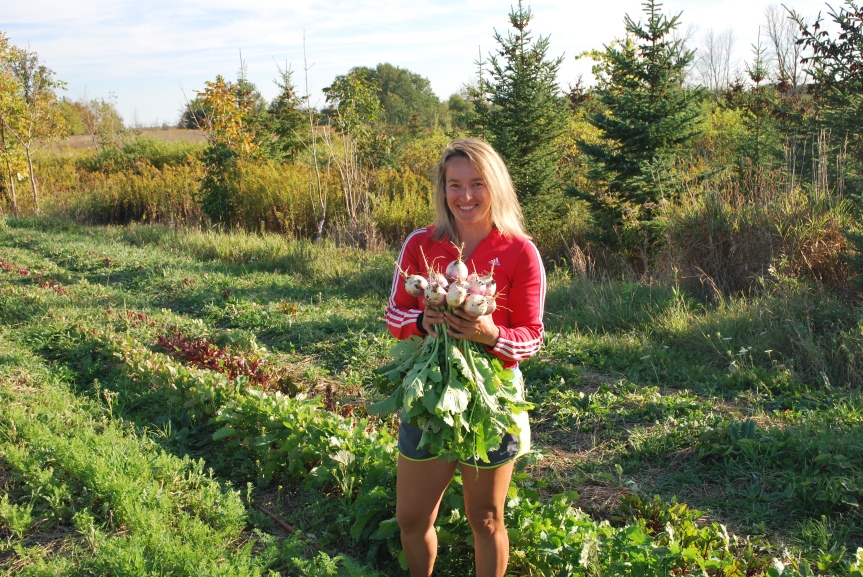 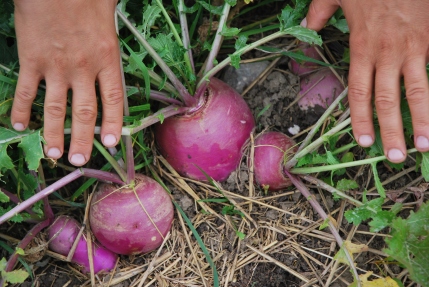 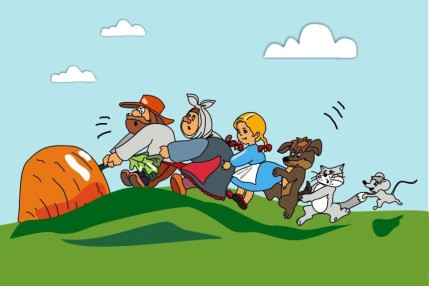 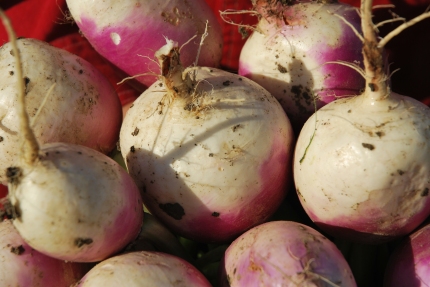 Shirley Murphy & Cathy Trowridge, Nutraceutical Garden Guide, Learning more about the food we eat & how it affects the way we live

A Treasury of Persian Cuisine  By Shirin Simmons

John Seymour, Self-Sufficient Life and How to Live it, The Complete Back-To-Basics Guide

Delivering Christmas 🎄🎄🎄
What a great day planting garlic...🌿🌾🌱♥️😁
While drinking ginger tea I found this message. Beauty is not caused. It Is. - Emily Dickinson
An INTERVIEW with Rob Macewen - Organic Gardener at The Big Carrot Common.
It's About Soil Health...🥗 Do You Know Your Farmer???
Planting and harvesting at the same time 😁
Why Local Organic Food Is Better???
Time for Garlic Scapes Harvest
Good nutrition remains to be a major pillar in achieving health. This season I am learning of another super nutritious plant called Callaloo.
Last week while working on the farm field, out of nowhere, a few bees started flying around me attempting to land on my had and around my face; this was something I’ve never experienced.
Yummy, Dandelion flowers, highly nutritious, promote healthy liver, antioxidant, rich in minerals, sweet. Can't stop eating them😋😋😋 #dandelion #organic #health
Planting onions utilizing organic compost with wood chips :-) #onions #organic #farming #farm #health
Composting the soil with woodchips. It's cold, it's raining and it's windy yet I still Love Organic Farming 😁👍 #organic #compost #farmer #soilhealth
Polski ponizej:
NEW Article at: www.OrganicFarmer.blog - Borage (Borago officinalis) is a beautiful annual plant distinguished with large alternating hairy oval spiky leaves and blue starflowers ...more info at: www.OrganicFarmer.blog
What exactly are garlic scapes?
There are many first times...first snowfall of this season and first time seeing this goose. We spoted her this morning in East York. Hey who are you? You are not Canada Goose. She is smaller and with less attitude😂😂😂Have you seen one like this? .
Came by to our fav ORGANIC store @ambrosianaturalfoods and met this fairy tale princess @effort.and.ease who is behind creating these beautiful murals with chalk at Ambrosia. Her name is Theresa. Come by today and see for yourself 😁